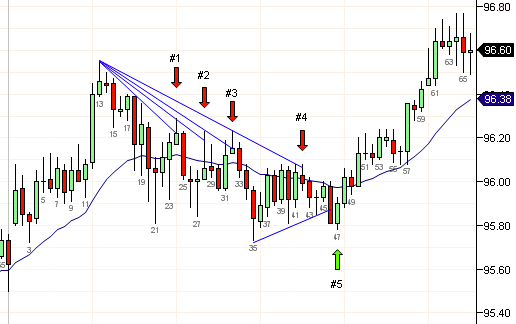 At this point, you can take a long trade and trade it until the trend breaks (by the strong move down from b14 to b21.)

If the trend break is caused by a reversal such as the three push W and TCL OS to b13, then you should consider taking trades in the new direction. If there was no clear reversal, the trend has simply terminated and you should not take any more trades until a breakout and new trend is established.